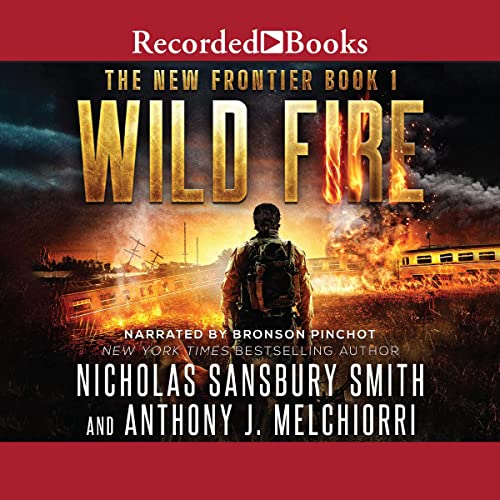 It’s fun to go into a story you enjoyed but partially forgot about. Returning to the world created in Trackers was even more enjoyable than I expected. Nicholas Sansbury Smith and Anthony J. Melchiorri were able to bring characters and the world post-Trackers to life in a way even I didn’t see coming. But also would have been perfectly acceptable to just jump into it without reading the former series. I love when there’s enough detail in it without rehashing all the things that happened in the previous books. Especially in a book like this where it’s not Trackers 5, it’s a continuation of the Trackers storyline but not a direct link to the original series.

The combination of the “Trackers” moments and the new storyline elements (the armored trains (and those who support and protect them) and a new dual threat of Wild Fire and the mysterious group promising a cure) had me on the edge of my seat throughout this one.

I don’t like spoiling the stories, so I’m going to try and talk about it without talking about it. But the biological aspects of Wild Fire were fascinating to me. Nick and Anthony are already great at writing Post-Apocalyptic stories, but they took it to the next level with this one. Even the world, I’m used to Smith writing worlds that are on the brink of falling apart (and this one was, too). But I always felt like I was going to blink, and the world and all the characters would be gone. In Wild Fire, it was similar, but they were able to make it feel like it was starting to get better, and they needed to KEEP it at that stage. It was a nice change from the normal PA books I read and a welcome one.

Overall, Wild Fire is a series I cannot wait to continue. The characters I remembered were awesome, and the new ones were just as interesting I cannot wait to see where Smith and Melchiorri take them. Pinchot’s narration was really well done. Taking each character and making them his own while also believably performing the book.

From the embers of a burned America rises new hope … and a new threat.

Two years after an attack brought down the electrical grid across the United States, the recovery effort is well underway. A new network of armored trains carry supplies and industrial equipment crucial to rebuilding the country.

But along the rails, one area of America is still mired in darkness, violence, and danger. Some call it the Badlands. Others the Wild West. The government simply refers to it as the New Frontier.

Retired Marine Sergeant Sam “Raven” Spears makes a living tracking down people and treasures in this lawless void. When raiders target a supply train in the New Frontier, Colorado Sheriff Lindsey Plymouth asks Raven to work with ex-Navy SEAL Calvin Jackson to secure the train’s vital cargo. All is going to plan until one fateful disaster changes everything.

As the trail heats up to find those responsible, a mysterious virus starts spreading across the New Frontier. Raven soon realizes the two events might be connected.

If he doesn’t find the insidious forces behind this conspiracy, the entire country will go up in flames. 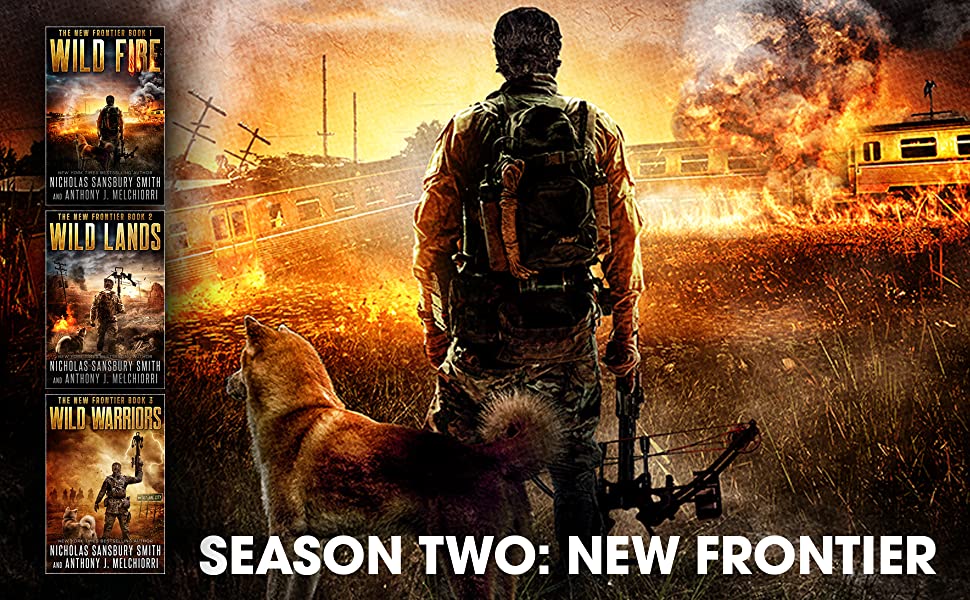 Tourists of the Apocalypse by C.F. Walle

Audiobook: City of the Dead: Author̵