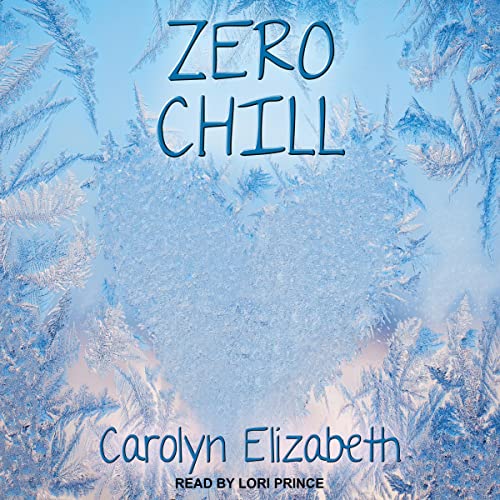 So, I may have made the mistake of going into this without realizing it was not only a book in a series but the third book in a series. Now, that being said it wasn’t actually hard to follow. I could definitely tell that I was missing parts of the backstory but I didn’t feel lost or confused. I just knew I was missing some of the “what makes them tick” stuff that the first two books likely had in them.

I really enjoyed the story that was told here. I wasn’t sure where it was going at first, but as it moved forward I realized what was going to start coming to light and I thought that the process and the different road that Elizabeth took to get there was the right one.

I honestly picked this one up because of Lori Prince. I love her narration and as always she adds to every book she narrates. With Zero Chill – she really added that huskiness that a good mystery has without making it sound forced or off.

Overall, Zero Chill wasn’t perfect but it wasn’t bad either. Some of the flaws that I saw in it were redeemed a bit by the interesting and unique story and characters.

Corey Curtis and Thayer Reynolds are more than happy to put the days of their turbulent courtship behind them. With the holidays upon them, they’re looking forward to celebrating with friends and family, intimate moments alone, and festive surprises.

And in Corey’s world, nothing says Christmas quite like a frozen body. One that Corey must defrost in order to close out her next case. The discovery of the deceased’s possible connection to Thayer inflames the still healing wounds of their recent trauma and sends them both reeling back into a world of uncertainty and turmoil.

With her best friend in tow and the police not far behind, Corey ends up in the unlikeliest of places—a church. Along the way hate and violence erupt while corruption abounds. But from the ashes new relationships are kindled, and even the darkest moments are no match for Corey and Thayer’s love.

Zero Chill is the highly anticipated sequel to Dirt Nap and Gallows Humor.