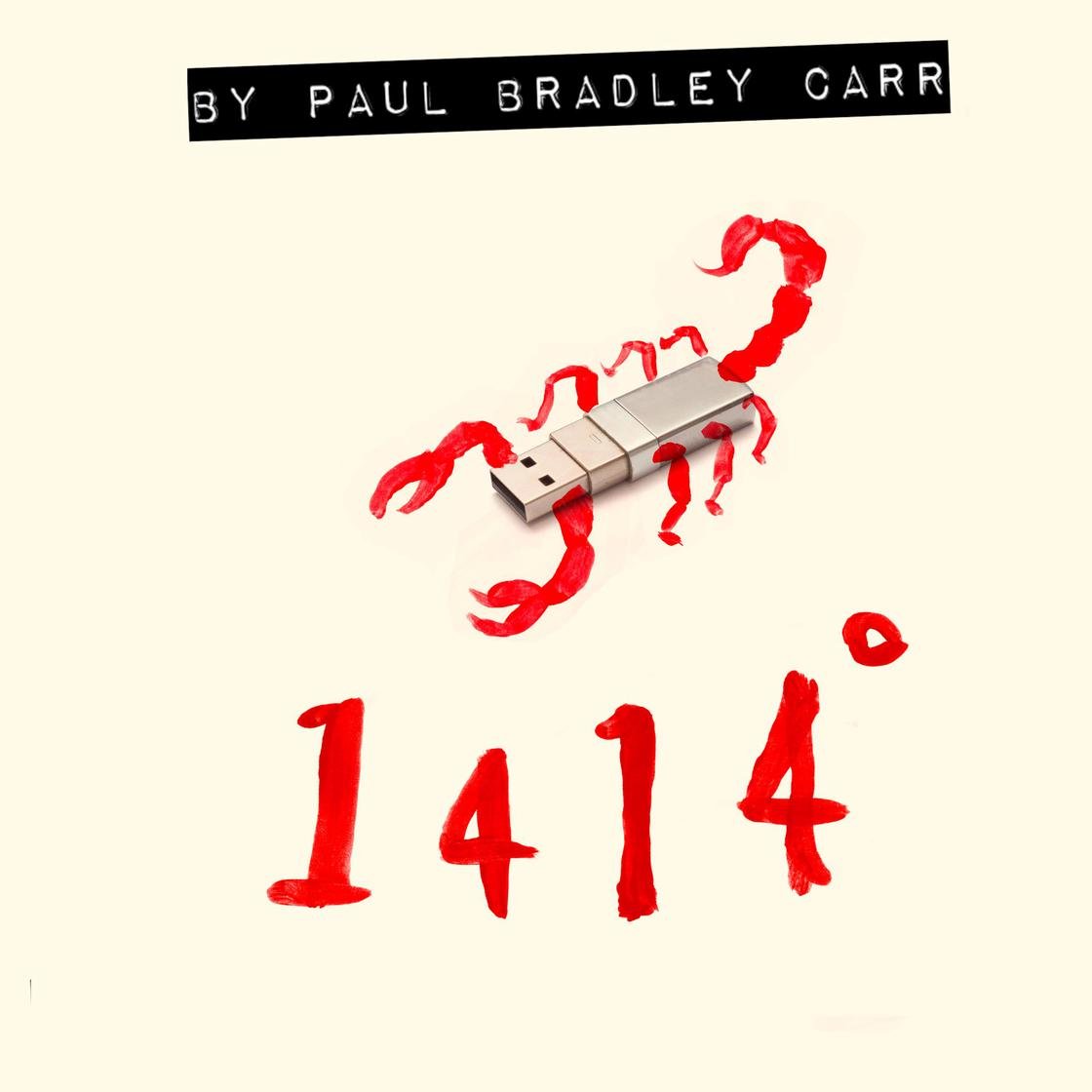 Unfortunately, I’ve been sitting on this book for a while. I got it originally as an ALC but forgot about it until I went in and found it again. I couldn’t find this book on audible, which feels weird to me, but it is available on Libro.fm (which is a GREAT site to get audiobooks AND help bookstores).

1414º (1414 degrees) was an excellent technothriller. Paul Bradley Carr had me interested from the first few lines. As this story progressed, I was fully invested, wanting to see it through and figure out just what happened. I didn’t expect the twists and turns of a great suspense book in such a well-thought-out look into our future.

Carr’s book reminded me of other books in this genre that I absolutely ate up. I drew a comparison to two different authors, one being Eliot Peper (who is great at creating worlds that feel real, with real tech that’s just a few years in the future — which is exactly what this book felt like) and the other being David Walton, who, specifically in Three Laws Lethal had a similar feeling plot (but still very different).

The story in 1414º stood out to me. I work in tech, and the makeup of the companies that are invested in is typically male-led. Carr was able to take this and expound it into a world where one major tech company could predict the user’s next move, purchase, want, and need and give it to them before they realized it. It would have been interesting if the story had JUST been about that tech. But it was about the founders, the stolen ideas, the tech “bros,” and the bro culture. It was also about the mob mentality and the power of trolls. Carr covers so much here, and I just breezed through this one.

Overall, I thought that 1414 was a great story with a great world and character-building. A story that I won’t soon forget. And one that I’m glad that I had the opportunity to read and review. 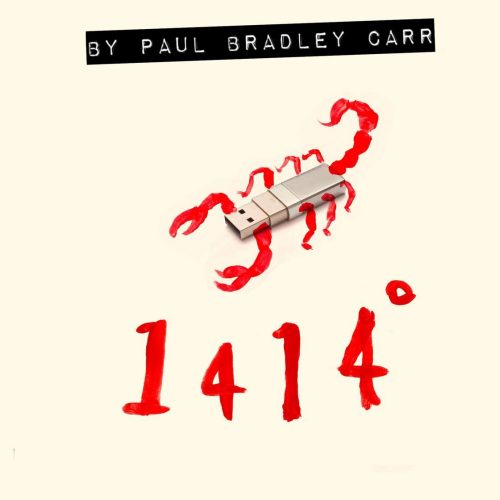 The billionaire predators of Silicon Valley always get what they want.

Now someone is giving them what they deserve.

Journalist Lou McCarthy has spent her career exposing powerful predators in Silicon Valley. Her crusade has cost her everything: her apartment, friends, relationships, and any hope of promotion. And for what? Readers don’t care, her boss and workmates pity her, and the billionaire bro-ciopaths she writes about continue to fail upwards.

But when two of her highest-profile subjects are killed on the same night, their deaths staged as gruesome public suicides, Lou’s work is suddenly and violently thrust into the spotlight. Blamed for the deaths, fired from her job, and pursued by vengeful trolls who have already attacked her mother, Lou has only one chance of survival: to find the killer obsessed with her work and stop them before anyone else dies.

Or perhaps not. Because the more Lou discovers about the ingenious killer’s past and their methods, the more she becomes determined to help them succeed.


Buy it from Libro.fm