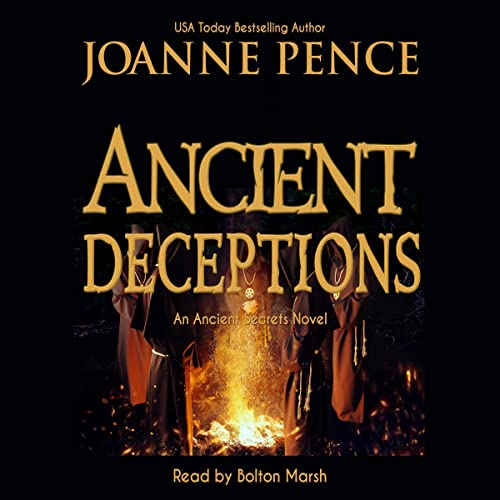 Ancient Deceptions Was Another Great Adventure

This isn’t the first book in this series that I’ve read – but I also haven’t read them all which is abnormal for me. Just like I mentioned in my review of Ancient Echoes – this was thrilling from beginning to end. I think that Pence has gotten even better in her pacing. This one had me on the edge of my seat throughout.

I know that I’m missing books 2 and 3, but these are written in a way that you can just pick up almost anywhere. I like that I didn’t have to get “caught up” and that Pence didn’t spend a ton of time going over old details of things I either missed or things that were important to Michael Rempart’s character development.

Ancient Deceptions would rival any of the other adventure-driven stories that I’ve read, including as mentioned before Preston & Child, along with lots of other great ones (Indiana Jones for example). I think that the back and forth between now and the past made this one stand out to me because it felt like I was learning things as the characters are learning about them. That always makes me a happier reader.

Pence has this way of keeping me intrigued until the very end. This book was no different – I was there for it all and enjoyed almost every second of it.

Add in the narration by Bolton Marsh, who does a great job of “becoming” Rempart. And you’ve got a great story, great characters, and one that’s well-told!

A dig in a remote site uncovers demonic killings and buried secrets that shatter archeologist Michael Rempart’s world in this sweeping supernatural thriller that crosses time and space from the present to the last days of the Russian tsars.

When Michael unexpectedly receives a recent picture of a long-lost love, a woman he thought was dead, he gives up everything to search for her and to find answers to questions that have plagued him through the years. Instead, he uncovers more mysteries as he’s drawn deeper into the occult and the ancient power of alchemy.

Michael’s search takes him from St. Petersburg, Russia to an archeological dig site in Ukraine’s Carpathian mountains – a desolate area where medieval knights once roamed and horrifying secrets are buried – and at the same time, it creates a mystical connection to the riches and debauchery of the court of Nicholas and Alexandra and the “mad monk” Rasputin.

As Michael’s quest continues, he soon finds that while he hunts, he is also being hunted. Will he find all that he’s looking for before it’s too late?

Join the many fans of the Ancient Secrets novels. Each can be listened to as a stand-alone work.