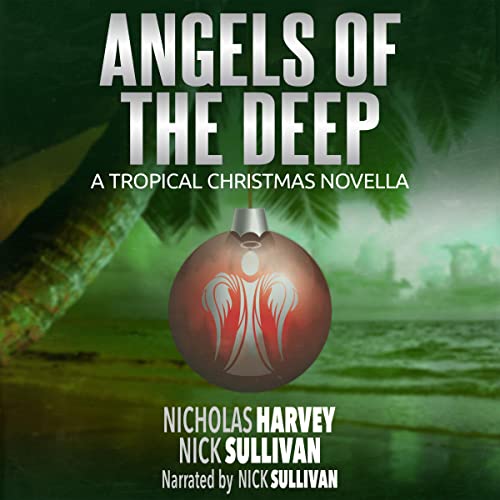 This was the perfect bite-sized book for me, especially since it was holiday-themed but doesn’t need to be read during the holidays. I’m familiar with Boone & Emily from Nick Sullivan’s The Deep series – but I have not read anything from Nicholas Harvey before this. That’s going to change now since I couldn’t tell which parts were written by Sullivan and which were Harvey – telling me I’m going to like them both.

A book with two different sets of main characters could have been a mess, but that’s not the case with Angels of the Deep. Harvey and Sullivan did a great job keeping them separated and allowed each of them to shine in their own way.

I won’t go into too much detail about the plot but if you’ve liked the other tropical thrillers by either of the authors I think you’ll enjoy this one. It was fast-paced but still gave enough back story to really feel for each character. But I will talk quickly about the puns or the Christmas-themed chapters. Every time something would come up (the way Emily insisted on the Santa hat for example) made me smile or laugh. Perfect addition to a great tropical thriller.

Overall, a wonderful novella that I absolutely flew through in one sitting. Sullivan was a narrator first and it really shows in the way he performs each book. Angels of the Deep was a well-written book, but it really shines under his narration.

A royal visit. A generous gift. A deadly plot.

What could be better than Christmas in the Cayman Islands?

When the British royal family donates a beautiful bronze statue to the people of the Cayman Islands, everyone is excited to see the Christmas Eve presentation go off with a bang – especially one man with a grudge.

Dive boat operators and friends AJ Bailey, Nora Sommer, Boone Fischer, and Emily Durand planned on spending Christmas together, but as the royal visit nears, they’re thrown into the middle of the festivities – and a devious plot to assassinate his royal highness.

Angels of the Deep brings together well-loved characters from Nick Sullivan’s and Nicholas Harvey’s best-selling series for a holiday adventure that’ll keep you on the edge of your seat, with a few chuckles along the way.