Beyond the Blue by TJ O’Shea (Narrated by Cindy Kay) 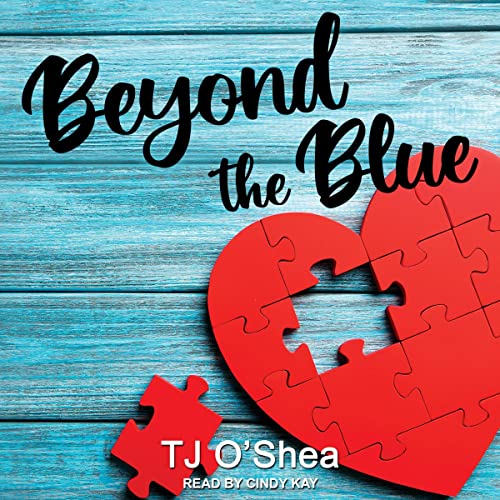 So Good. So Deep.

Beyond the Blue really had my number. The number of times I stopped to highlight or bookmark a quote I wanted to look back on was staggering in this. O’Shea was able to create a book that combined all of the lovey things I’m used to in a romance book and throw in real-world issues that people have to deal with. Issues that can and usually do derail relationships and friendships. Watching Mei and Morgan navigate these real issues on their own and together was nothing short of magical.

O’Shea wrote a book that felt grown up in all the best ways I can mean that. It wasn’t stuffy and “to the point” that my brain goes to if I heard someone else explaining that. I mean that the issues, drama, and overall “things” that Mei and Morgan were going through were very adult. They are things you deal with more and more as you get older. And things that people, especially those in the LGBTIA+ community have to deal with.

Beyond the Blue jumped off the page/device and quickly became real. I like the respect shown for each woman, along with the growth they had to do alone before they could grow together. Overall, I thought that this was an excellent book that I will gladly recommend to anyone looking for a “mature” book that deals with real problems in a realistic way. No overly dramatic scenes here – these scenes are real because making room for another person, especially after a loss, is nearly impossible. But doing it shows you’re ready to move on and take that next step.

Numbers rule Dr. Mei Sharpe’s life. She has no husband, one friend, two daughters, and three random meetings with the same woman within four weeks. Once is chance, twice is coincidence, but upon the third meeting, even Mei in all her empirical rigidness must admit that perhaps the universe is giving her a nudge. A nudge that lands her directly in the path of Lieutenant Morgan Kelly—an affable, charming detective for the Sheriff Department’s brand-new cold case team working down the hall from Mei’s morgue.

More golden retriever than hard-boiled detective, Morgan is determined to pull the asocial widow out of her shell. As the icy scientist warms to her cheerful new friend, an irrepressible chemistry develops, and Mei begins to realize she’s perhaps a different number on the Kinsey scale than previously considered.

As Mei and Morgan struggle with guilt and grief, drama and desires, Mei finds her scientific austerity is no match for the universe and its nudges toward the startling revelation of what her heart really wants.

Next In Line For Love by Harper Bliss (N