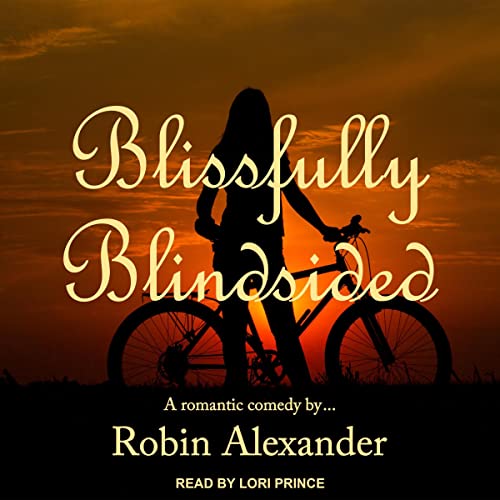 Wow This Was Cute and FUNNY!

This is probably the first time I’ve read a book in the genre that I couldn’t pick a sub-genre or a trope for it. I’m used to the couple either slow-burning or falling right away – but in both of those circumstances there’s an issue that needs to be resolved and there is usually a thing that should break them apart but doesn’t. In Blissfully Blindsided they seemed to fall easily in love (it took a little bit). And once they were there it was just off to the races. I don’t know how to sub-genre it but I genuinely loved it. It felt real and honest.

Both characters were insanely likable in this and they both had me laughing harder than any book I’ve ever read that wasn’t a pure comedy. Alexander skyrocketed up my favorite authors’ list because of this. I read some other reviews just to see and people were talking about how nice it is to have the comedy, especially in the more intimate parts of the book. It’s a nice change of pace for me.

Blaze’s persona around town was both sad and funny. I think the ice queen melting would probably be where this would be for me but it was so adorable to watch Caleigh get to see glimmers behind her walls and then start to help her break them down.

Overall, Blissfully Blindsided was an adorable and sweet book that had me laughing and smiling throughout. Easily one of the funniest books I’ve read and one that I sorely needed. Throw in the amazing narration by Lori Prince and you’ve got a near-perfect book.

Blaze Sonnier has had a bad year. In the spring, she made national news while dressed as the Easter Bunny in a brawl where she was trying to defend herself, and earned the moniker Bitch Slap Bunny. In the fall, the mother who abandoned Blaze for an acting career showed up on her doorstep, not only injured from an accident but broke and in need of a place to stay. While on a bike ride to purge her stress Blaze encounters one small (in physical stature only) silver lining with a flat tire.

The job Caleigh Breaux took after graduating college required her to live as a nomad into her late thirties. Weary of traveling, hotels, and being unable to have a real relationship, she made a career change. Though she hoped the change would lead her to meet the woman of her dreams she’s stunned when it happens the night she rolls into the town of Falcon, Louisiana.

In her latest romantic comedy, Robin Alexander has woven another tale with her trademark humor about small-town life, family, forgiveness, and falling in love.

The Campaign by Tracey Richardson (Narra