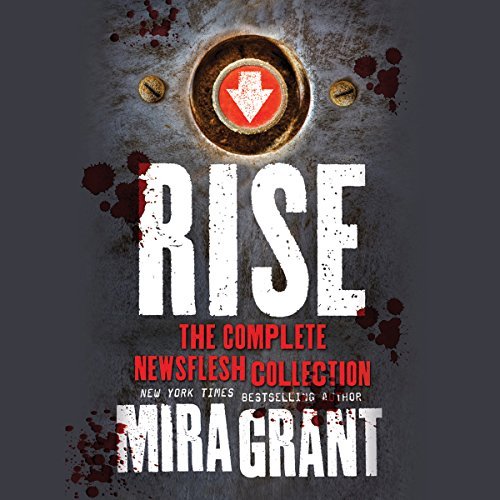 Even Better Than I Remembered

I actually read and reviewed Countdown one way back in 2011 (wow that was a long time ago). But my old review, while good, needed to be updated.

I think about this series… a lot. Like an unhealthy amount. And I promised myself I was going to re-read it someday. Thankfully, I needed a palate cleanser and I knew that Grant’s novellas were perfect for it. I also remembered that Countdown had a ton of quotable passages including my all-time favorite “There is nothing so patient, in this world or any other, as a virus searching for a host.” and also “It began nowhere. It began everywhere. It began without warning; it began with all the warning in the world. It could have been prevented a thousand times over. There was nothing that anyone could have done.” I ended up highlighting a lot more passages, which you can see here if you’d like.

Mira Grant was on to something all of those years ago. Sure COVID-19 didn’t turn people into zombies, but also, we don’t know that yet. We don’t know what other tests and trials are out there something could mix with. Something we weren’t expecting. Countdown sets the stage perfectly and gave me chills numerous times (even in a re-read). It’s a fascinating book that sets up not only the Kellis-Amberlee virus but also the fact that the government and media were lying to the people, which sets up the bloggers (which if you haven’t read the Newsflesh series yet… first off, who hurt you? And second off, just go do that now).

I’ve read most of the novellas that Grant has put out and I was really excited to know that they were going to be published together, turned into audiobooks, and even had some novellas added to it. The Rise collection will definitely be one that I keep going back to. Especially because I remember the novellas almost more than the full-length novels (especially San Diego 2014 and How Green This Land, How Blue This Sea). As I said above, I think of this series often. When COVID-19 was starting and none of the conventions were closing I wanted to tweet at Mira (aka Seanan) and say, can you submit this as required reading!?!

I’m actually unsure which of the male narrators included in the narrators’ section listed on audible narrated this (the standalone one on Audible has a separate narrator listed). But he did a really nice job with this.

We had cured cancer. We had beaten the common cold. But in doing so, we created something new, something terrible that no one could stop. The infection spread, a man-made virus taking over bodies and minds, filling them with one unstoppable command…FEED.

Mira Grant creates a chilling portrait of an America paralyzed with fear. No one leaves their houses, and entire swaths of the country have been abandoned. And only the brave, the determined, or the very stupid venture out into the wild.