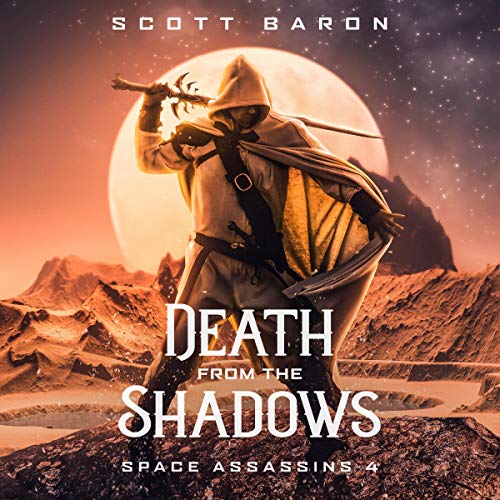 Looks can be deceiving. A fact sometimes learned at the pointy end of a blade.

It makes for a very short learning curve.

Underestimating an opponent is a common mistake made by people wielding power. And when the most elite sect of assassins are involved, that blunder could prove to be a particularly fatal one. In times of subterfuge and plotting, though, it is clear they are not the only ones with tricks up their sleeves, and sometimes death is a two-way street.

When young American art student Mia Fraser is brutally murdered, steps from the London house she shares with computer genius Ula Mishkin, it leaves the socially inept scientist heartbroken. As it becomes clear that Detective Sarah Boyd is making no progress in solving the crime with traditional methods, Ula creates a software program that allows her to reach into her dead housemate’s memory in order to reveal the identity of her killer.

A hitman with a conscience….

Ian Bragg is paid to kill people. Only bad people and not many, but for a great deal of money.

Case the target. Make the hit. Move on until he meets the woman with sparkling green eyes who changes everything.

Is his newest target deserving of death? Who is Ian to decide if the politician needs to die? He is the one who has to live with the consequences, that’s who.

The contract deadline nears. Too many unknowns, too much to lose. Pull the trigger or not?

Ian makes his own rules to get himself out of a quandary where it’s more than just his life on the line. For the greater good, join Ian Bragg. 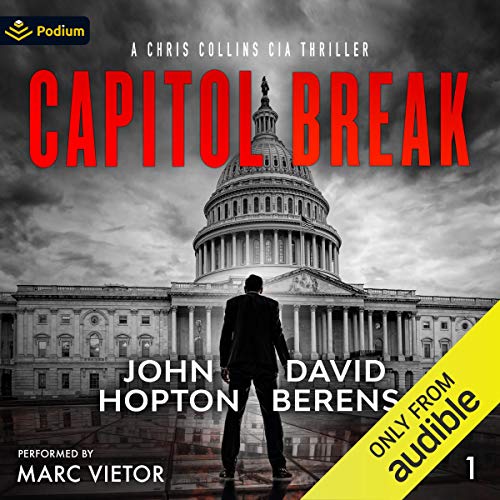 Could you save the world if your world was falling apart?

Chris Collins is a CIA deputy director with a history of rogue missions. He’s lost his wife, his career, and maybe his friends…but there are new “friends” around every corner. And along with the new friends, some powerful new enemies.

On a bitterly cold night in Washington DC, Chris Collins is heading home to open his favorite bottle of red, when his past walks right by him. A day later, his world falls apart. But he has no time to feel sorry for himself, as he soon realizes that evil forces are at work on an international scale and his country is under attack from within. There’s a job to be done.

In the midst of a personal crisis, he embarks on a global journey that takes him from the rugged coast of Ireland through the heart of Europe to the shimmering deserts of Morocco. He gets more than a little help from the mysterious stranger who keeps showing up in his life, but will it be enough to save innocent lives and bring some of the world’s most powerful people to justice? 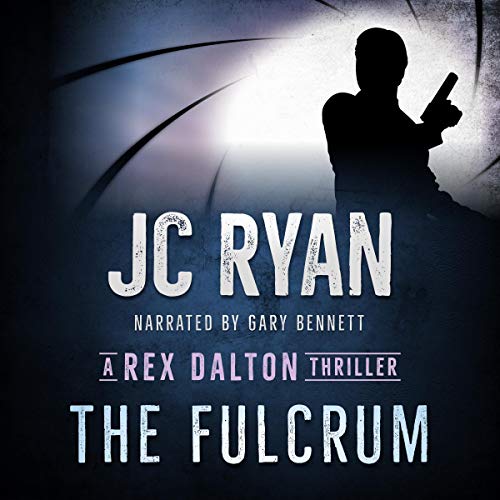 The Fulcrum by JC Ryan
Narrated by Gary Bennett
Ingramspark

What the terrorists didn’t know was on that fateful day they also succeeded in creating their worst nightmare.

No one knew who he was, what he looked like, where he came from, nor who he worked for. He was a sniper who could take a target out from 800 yards to a mile. He could kill with a long gun, short gun, or no gun. He was lethal with edged weapons, explosives, poisons, or no weapon at all. Targets could be executed from afar or die with his breath in their faces.

Among his enemies he has many names: El Gato, the cat, Alshaytan, the Devil in Arabic, the Ghost, and many others.

His real name is Rex Dalton. He has no friends. He has no family. He has no girl. He has only one motto; don’t hate the terrorists. Instead kill them, so they can’t kill again. 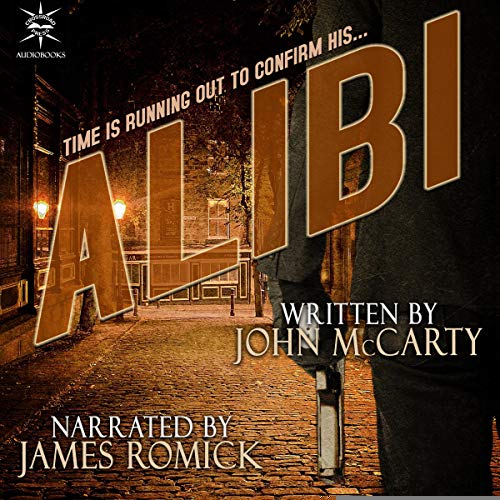 Meet Martin Koll, the young CEO of a successful tech company that has just landed a multimillion-dollar client.

Life is good. Until it isn’t.

When Koll falls under suspicion of murder, all the evidence seems against him. Fortunately, he has an airtight alibi – until suddenly he doesn’t. As the police gather evidence for an arrest, it falls on Koll to clear himself – to find out who has set him up, and why?

Time is running out. 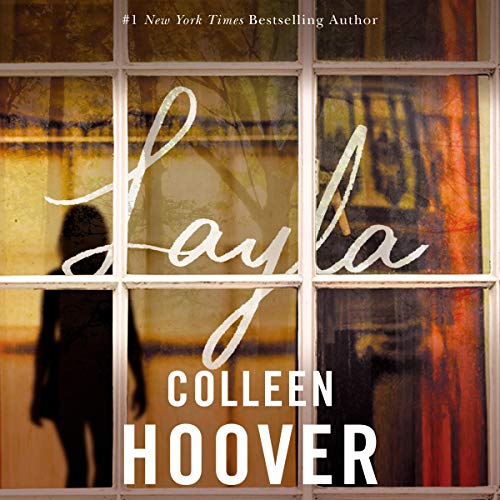 From number one New York Times bestselling author Colleen Hoover comes a novel that explores life after tragedy and the enduring spirit of love.

When Leeds meets Layla, he’s convinced he’ll spend the rest of his life with her – until an unexpected attack leaves Layla fighting for her life. After weeks in the hospital, Layla recovers physically, but the emotional and mental scarring has altered the woman Leeds fell in love with. In order to put their relationship back on track, Leeds whisks Layla away to the bed-and-breakfast where they first met. Once they arrive, Layla’s behavior takes a bizarre turn. And that’s just one of many inexplicable occurrences.

Feeling distant from Layla, Leeds soon finds solace in Willow – another guest of the B&B with whom he forms a connection through their shared concerns. As his curiosity for Willow grows, his decision to help her find answers puts him in direct conflict with Layla’s well-being. Leeds soon realizes he has to make a choice because he can’t help both of them. But if he makes the wrong choice, it could be detrimental for all of them. 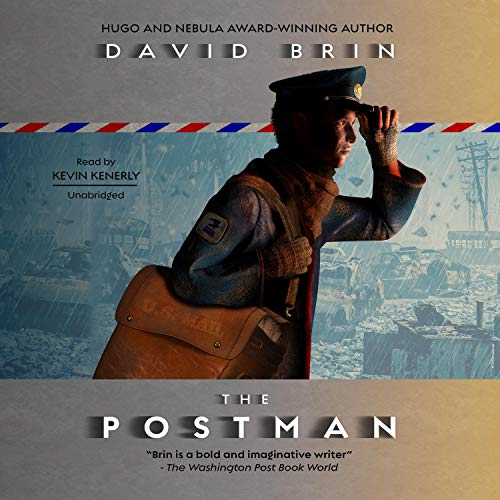 He was a survivor – a wanderer who traded tales for food and shelter in the dark and savage aftermath of a devastating war.

Fate touches him one chill winter’s day when he borrows the jacket of a long-dead postal worker to protect himself from the cold. The old, worn uniform still has power as a symbol of hope, and with it he begins to weave his greatest tale, of a nation on the road to recovery.

This is the story of a lie that became the most powerful kind of truth. A timeless novel as urgently compelling as War Day or Alas, Babylon, David Brin’s The Postman is the dramatically moving saga of a man who rekindled the spirit of America through the power of a dream, from a modern master of science fiction. 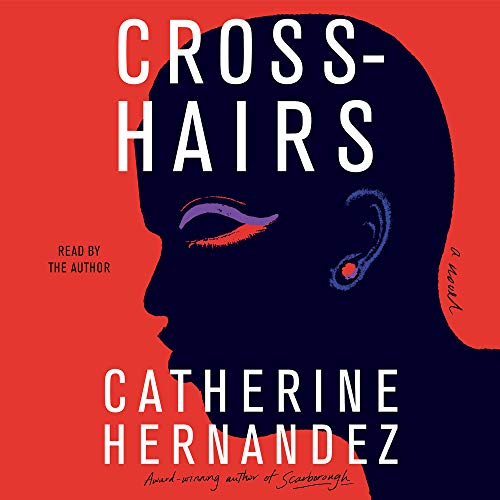 The author of the acclaimed novel Scarborough weaves an unforgettable and timely dystopian tale about a near-future, where a queer Black performer and his allies join forces to rise up when an oppressive regime gathers those deemed “Other” into concentration camps.

Set in a terrifyingly familiar near-future, with massive floods leading to rampant homelessness and devastation, a government-sanctioned regime called The Boots seizes on the opportunity to round up communities of color, the disabled, and the LGBTQ+ into labor camps.

In the shadows, a new hero emerges. After he loses his livelihood as a drag queen and the love of his life, Kay joins the resistance alongside Bahadur, a transmasculine refugee, and Firuzeh, a headstrong social worker. Guiding them in the use of weapons and close-quarters combat is Beck, a rogue army officer, who helps them plan an uprising at a major televised international event.

With her signature “raw yet beautiful, disturbing yet hopeful” (Booklist) prose, Catherine Hernandez creates a vision of the future that is all the more frightening because it is very possible. A cautionary tale filled with fierce and vibrant characters, Crosshairs explores the universal desire to thrive, love, and be loved for being your true self. 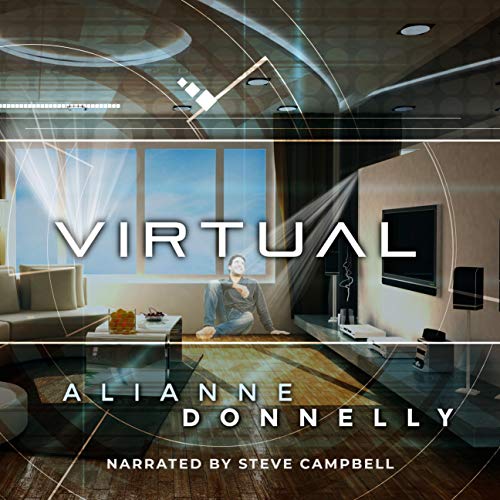 Virtual by Alianne Donnelly
Narrated by Steve Campbell
Self Published

Launch day for Hearth Global’s smart house system. Techs in place, programs operational, uplinks activated. All systems go. Until one doesn’t. Ryan has a house on his roster without any record of construction, and it’s a hot mess. Actually, calling it that is an insult to hot messes everywhere. They have to inform the owner. It’ll be a PR nightmare, especially on their first official day in business, and even more so when the owner is an attorney itching to bury them in lawsuits, but it has to be done. Right? Uh, not so much.

As it turns out, there’s a lot more at stake than Hearth Global’s reputation – top secret government stuff in which Ryan is now swimming up to his ears. He can’t make this software work by himself without the beautiful owner finding out something isn’t up to snuff. But what other choice does he have? The DOD is keeping tabs on the company, watching Victoria to make sure she doesn’t cause waves, and threatening to step in if anyone jeopardizes their agenda. To keep them all safe, Ryan has to buck up and take on the role of Victoria’s virtual house servant. 24-7. For as long as it takes to get the house up and running on its own.

Because nothing could possibly go wrong with that…. 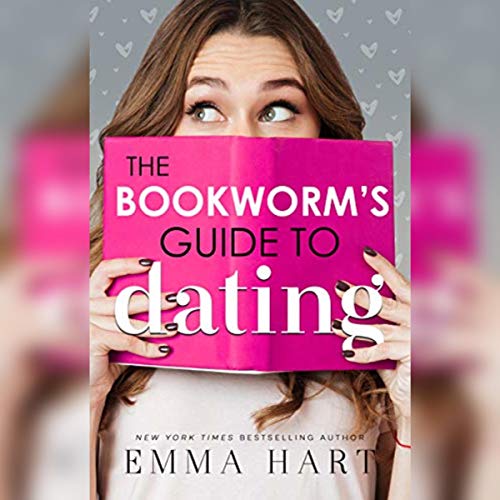 Let it be known that I, Kinsley Lane, am 100 percent against being set up with somebody. And I’m 1000 percent sure that Josh Carter is not the man to find me a boyfriend. I mean, if I’m so great, why isn’t he the one dating me? (For the record, I don’t know the answer. That’s just what the guy on the internet asked.)

Still, I’ll humor him. If I go on his little dates, he’ll teach my bookish, introverted self how not to be totally, completely, utterly, unforgivably awkward on every single one of them. And all I have to do is fall in love with one of the lovely gentlemen he’s serving up for me on a silver platter – all of whom fit my very specific guidelines.

Simple, right? It would be.

If only I could stop falling for Josh.

You never truly know your neighbors, or what goes on behind closed doors. Sometimes it’s better not to. Sometimes the truth is downright haunting.

Alex watches from her bedroom window as the small, secluded town of Amberton sleeps: a bright, pleasant town with a dark, disturbing secret. Helen, her foster mother, is gone all hours of the night with no explanation. The neighbors, always friendly, always smiling, are also always watching. They know something Alex doesn’t. Something she shouldn’t….

When three outsiders become ensnared in the town’s dark conspiracies, Alex witnesses for herself the nightmare hiding in plain sight. Together, haunted by their own pasts, these outsiders threaten to unstitch the town at its rotten seams, uncovering the gruesome truth writhing beneath the surface.

June 8th New and Notable Audiobooks on B