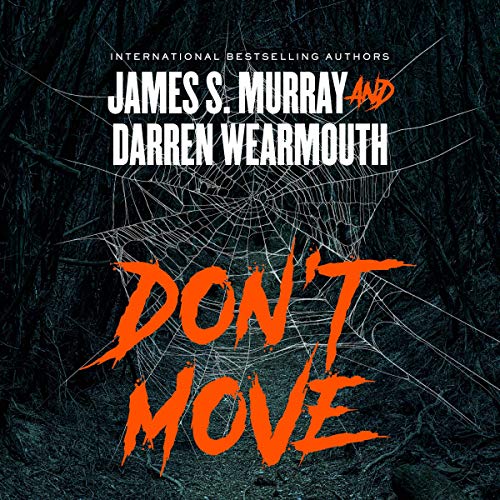 Flew Through It, But It Was Just Okay

Don’t Move has been in my library for a while – I was hesitant to pick it up and the start is so close to my other Murray and Wearmouth books since it felt like it was reusing a similar storyline. And to be fair to the book it did and it didn’t. It was still a creature feature by all accounts and the creature was something that basically no one had ever seen or heard of. But Murray and Wearmouth took a bit of a turn with it and didn’t make it all about the government or shadowy organizations. This one was purely about the creature (and the people that were trying to survive it).

Unfortunately, I think my bigger issue with this book was that it didn’t feel original. I say that knowing what I just said above, but also – it had a similar feeling to Broken Shells by Michael Patrick Hicks which I really enjoyed. It wasn’t the same creature or even really premise but the whole thing felt similar. It also had mystical elements that reminded me of another book, Pine Lakes by Christopher Motz (in a place that shouldn’t exist where the “real world” can’t find/get to you). So, unfortunately, because I read both of those books – this one felt a bit unoriginal.

Now, Don’t Move did have some great character building and some interesting bits as the story progressed. And the scene with the UV light was probably one of the coolest in this book (trying not to spoil it). Also, the scenes near the water before the cave were great too. Lots of action and really intense scenes back to back.

I’ve gotten used to Murray’s narration over time, but it is rough. It’s better than his first book but it can be hard for people to get into. I warn you just because I had a friend mention it to me as he tried to get into Awakened and couldn’t. I think I listen to enough audiobooks that I know what to listen for and what to ignore. I know that I like Murray and Wearmouth’s stories and I love audiobooks, so I’m going to listen. If the narration is off a bit, I’m able to change it up a bit so that I can enjoy the book more.

From the authors of the best-selling Awakened trilogy

Megan Forrester has barely survived the unthinkable. Six months ago, she witnessed a horrific accident that killed her husband and son, and lives with the guilt of knowing she could have done more to save them. Now, Megan hopes to mend the pieces of her broken spirit by attending a local church group’s annual camping trip. But the church group members – riddled with dark secrets of their own – make a catastrophic navigational mistake, leaving them stranded in an untouched canyon in the West Virginian national forest.

Isolated from any chance of help or rescue, Megan and the others quickly realize why this side of the canyon has never been surveyed by humankind: it’s home to a terrifying prehistoric arachnid that patiently stalks its prey through even the slightest movement or vibration in the forest. And it’s desperate for a meal.

Grief-stricken and haunted by her tragic loss, Megan now faces her ultimate test of endurance. Can she outwit a bloodthirsty creature hellbent on ensuring that no one gets out of alive? When a single wrong turn can mean death, she only has one option: Don’t Move.