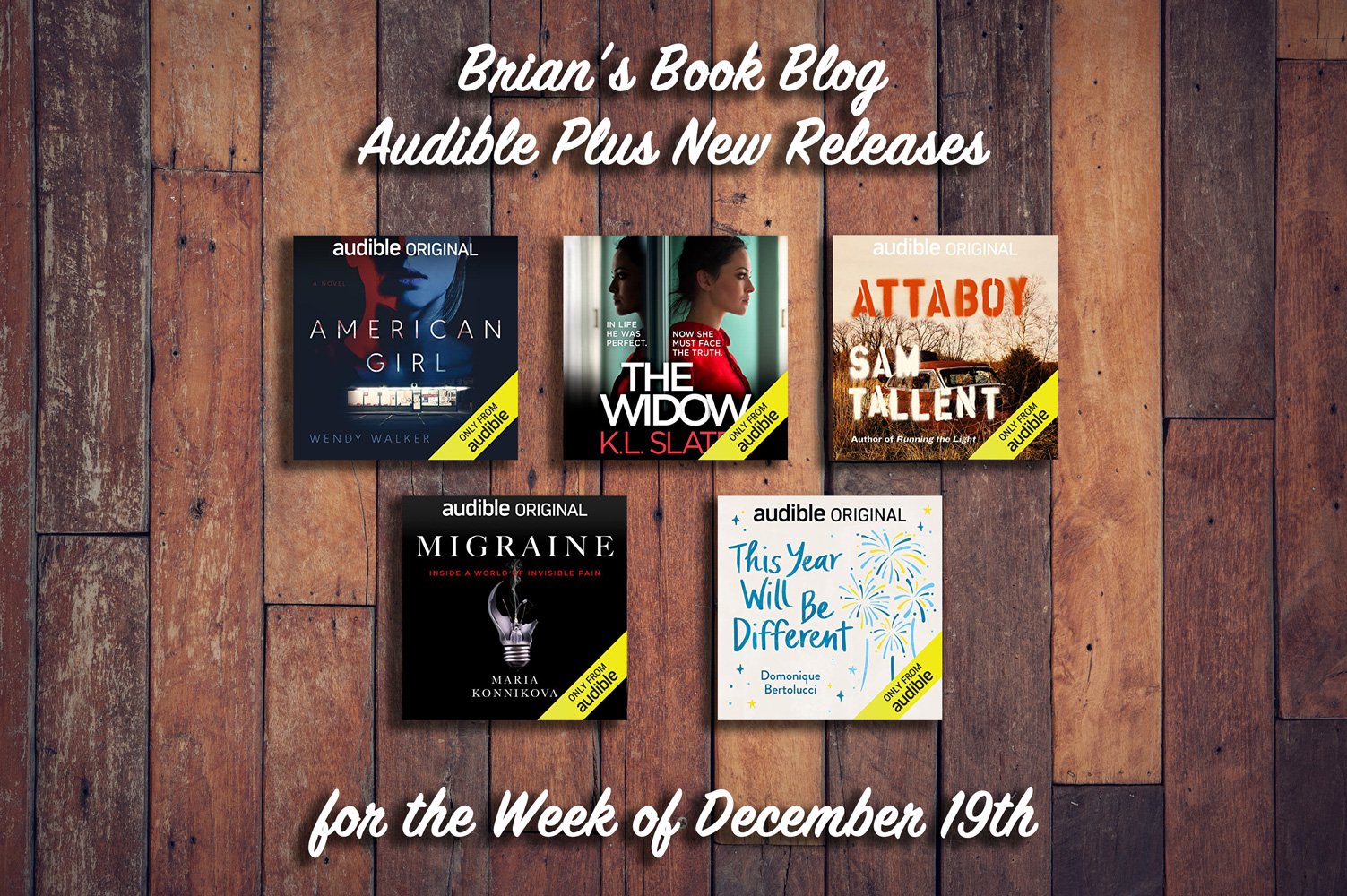 Welcome to Brian’s Book Blog’s weekly New ‘Free with Audible Plus’ Post for the Week of December 19th. 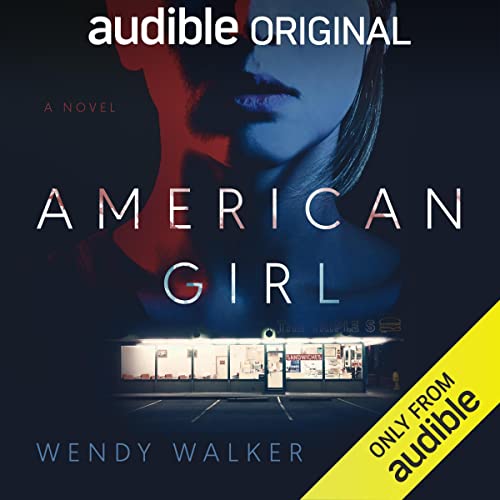 Check out my reviews of other titles narrated by Hillary Huber

A pulse-pounding novel about a small-town business owner found dead and the teenage girl caught in the crosshairs, American Girl is the latest thriller from international best-selling author Wendy Walker.

Charlie Hudson, an autistic 17-year-old, is determined to leave Sawyer, PA, as soon as she graduates high school—in the meantime, she works as many hours as she can at a sandwich shop called The Triple S to save money for college. But when shop owner Clay Cooper—a man who is both respected and feared by many in this economically depressed community—is found dead, each member of his staff becomes a suspect in the perplexing case. Charlie must work to protect herself and her friends and uncover the danger that may still be at large in their tightknit community.

Best-selling author Wendy Walker returns with another riveting thriller, told through the eyes of an unforgettable protagonist.

Please note: This audio contains strong language, distressing situations, and descriptions of violence that some listeners may find upsetting. Discretion is advised. 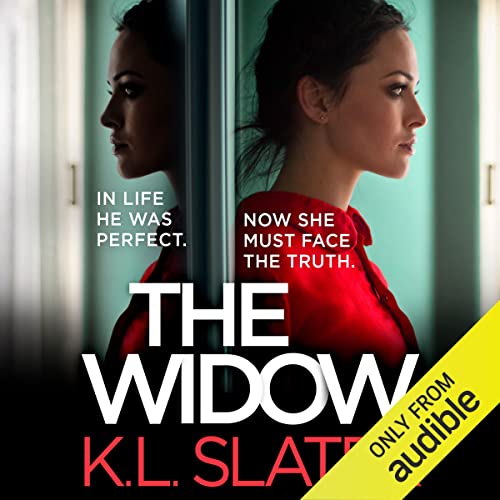 My husband was not a monster. No matter what they say….

The day my husband, Michael, stepped in front of a lorry after being questioned by the police, my world fell apart. He was devoted to me and our six-year-old daughter. But they’d connected him to the disappearance of a young mother from our tiny village.

Now I stand at Michael’s funeral, clutching my little girl’s hand, with tears in my eyes as I insist to all our friends that he died an innocent man. Yet the questions have started, and nothing I say will stop them digging for the truth.

But none of them can read the secrets in my heart, or know about the phone I found hidden in his toolbox….

I’m determined that my daughter will not remember her father as a monster. I will erase any hint of wrongdoing in this house whatever the cost.

Because to keep my daughter safe, the last thing I need is for people to start looking at me….

A completely gripping psychological thriller from the author of the number one best seller The Marriage. If you like Gone Girl, The Girl on The Train and The Wife Between Us then you will love The Widow. 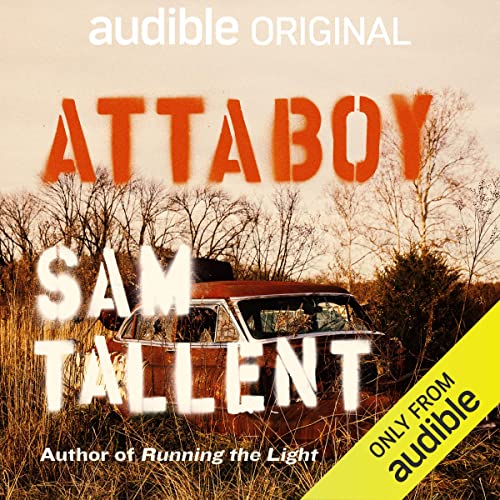 From Sam Tallent, author of the hit indie novel Running the Light, which Marc Maron calls “a beautiful rendering of a dark reality”, comes a story about poverty, addiction, and bare-knuckle boxing set in the shadows of the American heartland.

Teenaged Jesse is trapped. Growing up, he had all the potential in the world, but then real life intervened. Now he’s got a high school diploma, two perpetually black eyes, and a pill fix he can’t shake. By day, when he’s not high on pain killers, Jesse is hardening his body; it’s the only thing about his life that he can really control. By night, he’s a god in the makeshift ring under the barnyard flood lights, willing to take on any local tough the Madsen brothers put in front of him. Most of Jesse’s fights don’t last more than a minute or two. But as competition in town dries up, the Madsens go looking for better fights and bigger risks – with the chance for bigger payouts. Even as Jesse’s home life is closing in on him, he must find a way to win one more fight.

It’s the only chance he’s got. 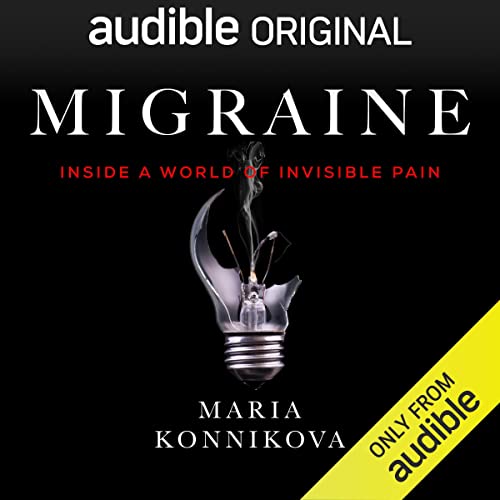 New York Times best-seller (The Biggest Buff, The Confidence Game, Mastermind) and New Yorker writer Maria Konnikova delves into the mysterious ailment that she and 39 million others suffer from in the U.S. alone: Migraine, a disease that is still little understood, yet debilitating to its sufferers. Konnikova takes a clear-eyed look at migraine’s history, diving into current theories and more recent approaches—and offers a deeply personal account of what it’s like to experience migraine, usually with little warning and always to a level that is devastating to a degree.

Eighteen percent of women are thought to suffer from migraine, and Konnikova thinks that it’s not a coincidence that the ailment has not gotten the medical investigation that it deserves. It is unfortunately far too common to see medical data gaps where a predominantly female patient population is concerned.

Informative and entertaining, Migraine is an Audible Original for those who suffer from migraine and those with sufferers in their lives—which would amount to just about everyone. 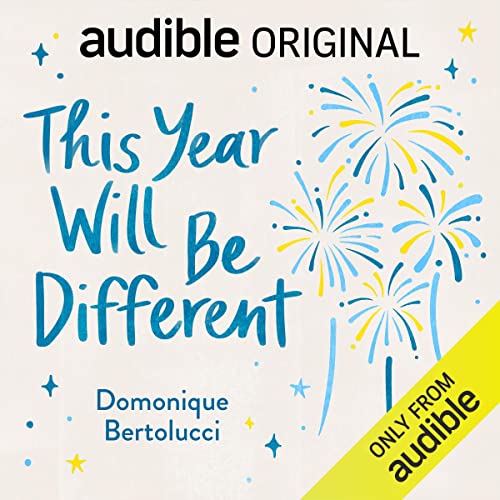 Nothing changes unless something changes…and despite what is going on in the world around you, there is one thing you can change, and that’s you.

This Year Will Be Different provides straightforward strategies and inspirational guidance to ensure you stop living your life on repeat. Domonique Bertolucci offers the tools and motivation to help us build the confidence, resilience and courage required to live our happiest and most fulfilling life.

Regardless of whether you start on New Year’s Eve or in the middle of August, follow this plan and your next year wont be like your last. With Domonique Bertolucci by your side, this year isn’t just another year, it’s your best year yet.

Domonique Bertolucci is a happiness expert, life coach and the best-selling author of The Happiness Code, The 7 Step Mindset Makeover and The 9 Step Negativity Detox.