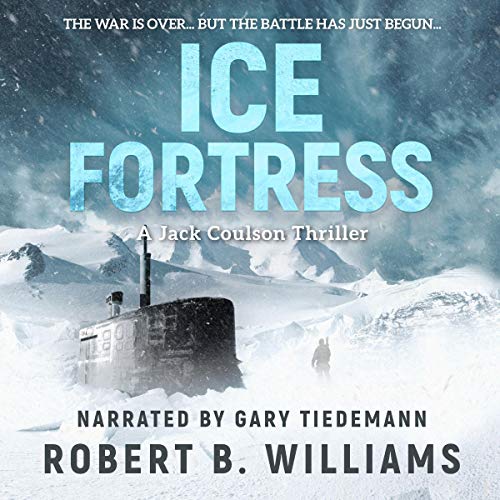 While on vacation I needed a quick and intriguing read to capture my attention later at night while my dad was sleeping (I was usually up an hour or so later than him).  Ice Fortress provided that and more.  I ended up staying up later than I wanted because I needed to figure out what was going to happen.

Without giving too much away – Ice Fortress is a book that is set in the present with some… anomalies.  A seemingly routine scientific mission is attacked and all hell seems to break loose from there.

The story itself was well written with good pacing.  I found myself loving the back and forth timelines along with the back and forth of the dialogue between characters.  Each character was developed but not overly so.  Some of them surprised me later in the story (done on purpose) and I like that I didn’t have anyone pegged until the story completed.

Overall, a great mashup of a couple genres – and if I go into some of the ones that it features – I may spoil the book a bit!

A high-octane, fast-paced, action-packed Jack Coulson thriller with edge-of-your-seat suspense and an ending that will blow you away.

For over 70 years Hitler’s most fearsome weapon, Die Glocke (The Bell) has been entombed inside an icy fortress in the most inhospitable and unforgiving place on earth - the Antarctic.

When oceanographer Leah Anderson discovers a hidden WWII Nazi submarine base buried deep under the Antarctic ice shelf, she sparks a fierce battle to acquire "The Bell".

While Russian and American submarines clash deep below the ice pack, on the surface, a sinister force launches a ruthless assault to secure the infamous weapon they have been searching for since its mysterious disappearance in 1945. If they succeed, they will use it to change the course of history forever and ensure a Nazi victory at the end of the second World War.

Enigmatic covert ops soldier Jack Coulson has already been to hell and back for his country, but if he is to stop the resurgence of the Thousand Year Reich, he must enter the gates of hell one more time.

What Jack and his team don’t know is that the Allies already used "The Bell" to change the course of the war and history as we know it - a secret that must remain, like "The Bell" itself, buried at any cost.