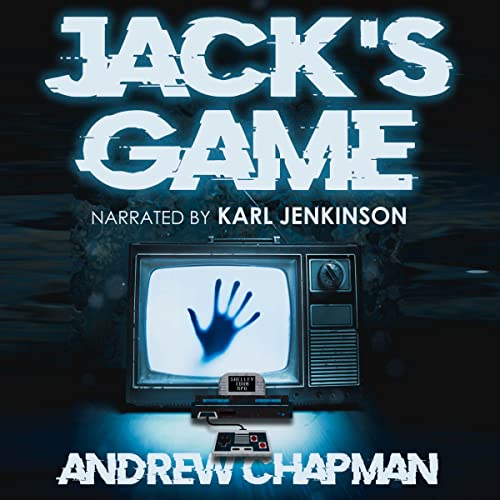 An Interesting Take on This Story Style

It’s rare that a book has the ability to genuinely make me feel grossed out, disgusted, AND scared at the same time. Jack’s Game did that and more. Andrew Chapman wrote a book that took equal parts of Jumanji (both old and newer) and put a massive horror spin on it. Instead of leaving the world you’re in and going into the video game – the video game(s) come alive around you and react to what you’re doing.

The story and premise were interesting. I wasn’t sure where Chapman was going a few times, and when the “reveal” of what was going on with Jack happened, I was… apathetic might be too mean here, but it was sort of like, “oh, okay then” instead of “Woah that’s crazy,” which I think some readers may get. I thought that Chapman wrote a story with a lot of severe highs but usually followed by some mundane lows.

During the action and horror scenes, Jack’s game jumped off the page. Regarding character building and backstory – it fell a bit flat. Think of it like a game where the fighting mechanics are really well done, but you can’t tell why the main character chose to fight in the first place.

The audiobook version of this was performed by Karl Jenkinson, who I thought nailed it. Honestly, his narration redeemed the book in a few places. He became the characters and, just like the book as a whole, when things amped up – his performance was exactly what this book needed.

Overall, I thought that Jack’s game took a unique horror spin on the “Jumanji-esque” story style and got more right than it didn’t.

It meets Ready Player One.

Blood will flow through the streets of Shelley Town.

Billy Rain is a 14-year-old kid with two close friends with one thing in common. Their parents created the most successful computer game of the ’90s. Now, in 2002, Billy finds a game console on the grounds of the abandoned Matterson house.

Playing the game, Billy and his friends realize it’s a map. They go out at night and dig. What they find, under the cold ground, is a decaying human hand.

An evil like no other is released from its grave: Jack Matterson. He’s back from the dead and out to take revenge on the kids of those who wronged him.

The Siren and the Specter by Johnathan J