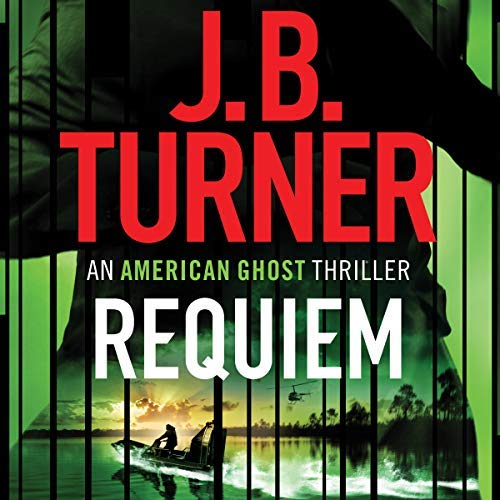 Another Great Thriller For My Bookshelf

JB Turner is able to write thrillers that stick with you.  This time, Nathan Stone is thrown into the Everglades where humans are outnumbered by animals and people don’t thrive – but they just barely survive.  He’s being followed and run down by his former employer and this time he’s brought someone along with him.

Turner is able to show a slightly different side to Stone in Requiem with the girl from the bar at the intro of the story. She’s chosen for certain reasons and (I believe) because of those he ends up showing a little bit of a softer side. Of course, there is still all of the Bourne-like assassin skills that they taught him on display but it’s really nice to see Stone growing as a character.

The whole book they were on the run and my heart was racing through the entire thing.  I wasn’t sure how Stone was going to make it out alive.  A few times I was pretty sure that it was it, but since Stone is a complete BA saves the day.

I think that Jeffrey Kafer’s narration adds another layer to this already pretty awesome story. He is able to portray Stone in a way that doesn’t seem overbearing or overacting. He’s mostly unemotional but still feels if that makes sense. And Kafer is able to catch the subtleties.  A couple of times when Stone was interacting with the actress Kafer would sigh as Stone would when exacerbated by the situation he was in.

Overall, Requiem was another great story in the American Ghost series and another awesome thriller for my bookshelf.

When black-ops asset Nathan Stone took out the heads of the Commission, a secret deep-state organization, he thought he’d destroyed them for good. Now he’s gone off the grid, trying to get as far away from his past as possible. But the Commission isn’t done with him yet.

Lying low in a Miami bar, Stone knows something’s up when an alluring actress strikes up a conversation with him. His suspicions are correct. The Commission is hot on his trail, and Stone is soon forced to run deep into the heart of the Everglades with the terrified woman as his hostage. He’s the Commission’s number one target - and this time nothing will stop them from eliminating him.

But Nathan Stone is no ordinary target. The crew of mercenary assassins on his heels have no idea what’s in store for them on the River of Grass. Because the hunt is on, and they picked the wrong prey.

The Extinction Agenda by Michael Laurenc