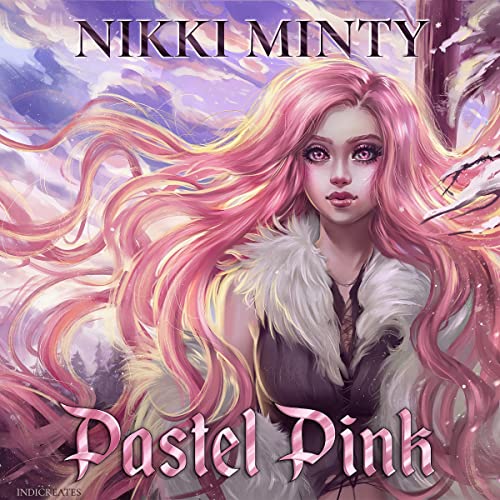 I went into this one fresh off of it was announced that this was included in the 2022 Audie Awards Finalists list. Now, that’s a feat especially because one of the best books I read in 2021 was on that list and another one I wanted to read was in there. But I completely understand why this was nominated and made it that far. It was an unbelievably well-produced and done audiobook – especially for being independently done. I speak to this having read LOTS of audiobooks in my time.

Now, into the story. I think that Pastel Pink really jumped out at me as a social commentary without trying. The world that Harlow lives in is ruled by a class or a caste system that basically assigns people to jobs that match their colors. Granted these aren’t the colors that you and I are used to but they are pinks and purples and so on. Early in the book, she’s thrown into a different role and things just take off from there.

I think this is probably one of the more bold usages of this system in a science fiction book I’ve ever read. In hunger games, there were the different sections – but that was more of a regional issue – this seemed to be all in the same area, but separated them based purely on color and not ability or skill.

I liked the jumping back and forth between Zadok and Earth as well – and the jumping between the two different lives. Also, for an audiobook – the little notes that would say something like Harlow and Harlow as Ruby. It feels dumb to call out – but wow was that helpful. A book that jumps around like this one does can get confusing when reading on a page. Once you add in the audio portion it gets even more confusing. So, A+ usage of chapters to make sure that the different characters were called out even though they were narrated by different performers.

I also had a chuckle because early on I could feel the “love triangle” that a lot of YA books had – but this one felt like it was going to be done right. I won’t comment on what I thought after the opening parts as to not sway a reader – but I thought that Minty did it well without it feeling too cliche.

Overall, I really enjoyed Pastel Pink – Minty’s world and character building were top-notch. I can’t wait to dive more into the rest of the series to figure out what’s going to happen to the characters involved. Throw in the excellent narration that I touched on earlier, and this was easily one of the most interesting books I’ve read in a while.

From one ending comes a new beginning….

Ruby was murdered on Earth 18 years ago and reincarnated on Zadok as a Pastel Zeek named Harlow. To be born at the bottom of her race’s caste colour system to a middle-class family of Magentas has made Harlow a source of conflict amongst the ruling Purples, and a source of derision from all three colours.

When Harlow is attacked by a fuegor on Zadok, the effects of its slow reacting venom triggers an unforeseen phenomenon, and due to the strong connection she had with her former twin sister Jade, her human spirit is unexpectedly drawn back to Earth. Now living a double life, she has plunged into a world of intrigue on both planets.

On Earth, she watches on in horror as Jade reconnects with Lucas, the man who murdered her and got away with it. And to complicate things further, she’s being pursued by Alex, the ghost of Lucas’ twin. On Zadok, she becomes embroiled with Jax, the son of the Commanding family. He’s determined to bring about change to the colony’s colour system, but it’ll come at a cost.

As Harlow mixes with the political intrigue of the Zeeks, will she become a victim of those trying to rigidly maintain the status quo or will she usher in a revolution?

And will ghost Ruby resist the temptation of the handsome Alex or pursue an impossible relationship that could have dire consequences on both planets?

Before Mars by Emma Newman (Narrated by

The Matriarch Saved (The Hive #1) by J.Y

Powerful Purples (The Zadok Series #3) b