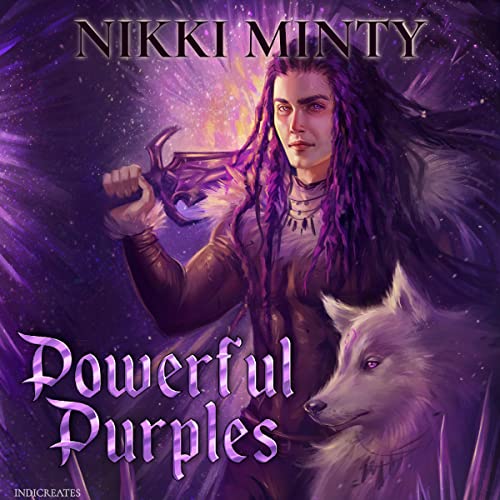 Having read Pastel Pink two weeks ago and Ruby Red last week – I was able to fly through this series and with good reason. It’s a near-perfect YA series – that just kept on giving. Each story built on the last but also felt like it was its own story as well. Powerful Purples would have been confusing had I not read the other two but not completely. Minty’s writing style and ability to build insane worlds with complex characters make these stories come alive.

Powerful Purples was such a fitting end to this series and one that I’m glad that I had the honor of reading. As I said, Minty’s ability to write these complex loveable characters in this insanely well thought out world makes these books stand out to me. Usually, you get one or the other with YA books – but this had both.

I think the bigger and more important thing that each one of these stories had – but this one had in spades was the story behind the story, or what I as a reader took away from them. It was such a great story about the power of inclusion and the power of looking beyond color, race, or creed. It’s obvious if you’re an adult reading these stories that there is subtext and messages hidden in the story – but I wonder as a younger adult a few things. One of them is would this even stands out to me. My generation (millennials) have been fighting for this but were raised by racists who were raised by racists and bigots. We’re learning how to do a lot of this, which is why these stories and the inner messages in them stood so far out to me. But I hope that a younger generation reads this as “yeah, that makes sense” versus “I hope that’s true”.

Minty did all of this with beautifully written stories that without the inner meanings still were some of my favorite fantasy/YA books I’ve read in a long time. I hope that people looking for new stories can pick this up. Especially those who want beautifully written YA. I also hope that those that can grab the audiobooks, do. These books are SO well done. The different characters by different narrators are so hard to come by and it just feels so natural here. The production value is definitely there.

An explosive ceremony rocks Winter’s caves and those responsible must flee to the Drake village and start a new life.

When Harlow is imprisoned by the Queen’s guards, Slater is forced to flee for his life and team up with Jax — the one man he detests more than any other. Together with courageous Zadonians from all four races, they devise a daring rescue mission to save Harlow from impending death.

Nothing is what it seems, however, and Harlow finds herself being drawn into political intrigue that will change the landscape of Summer and Winter forever.

Torn between Slater’s wants and needs, and her own — will Harlow stay to keep Slater happy or follow her heart and return with Jax? 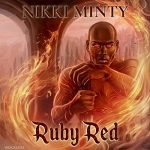 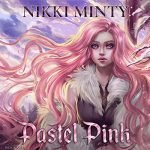