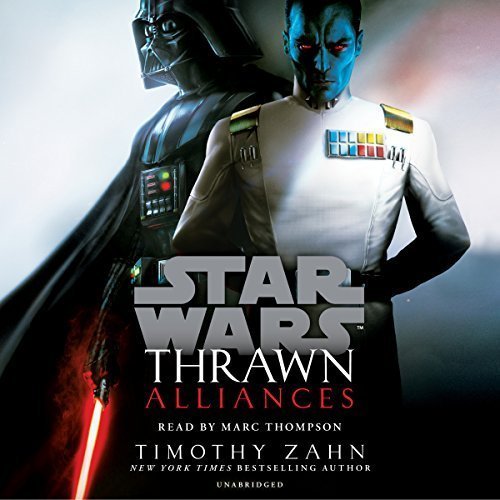 My wife likes to say it takes approximately 4 seconds when someone meets me for them to fully understand the level of dork I am. She says it with love and I genuinely take it that way. I am a dork. I am also a nerd, geek, dweeb, etc. Badges I wear with pride because they represent what I love and no one can change that no matter how they choose to label me.

When it comes to my dorkiness, there really is no contest as to what reigns supreme: Star Wars. I’m a sucker for all things Star Wars and will gladly shuffle off this mortal coil wearing a Tie-Fighter t-shirt. The fandom runs deep and unapologetically through me. And before I get any further, I feel it is best to get some things out in the open. In most fandoms now, and in particular Star Wars, there is a lot of negativity by those claiming to be fans. Hate speech towards actors, boycotting books, negatively reviewing comics, trolling and attacking people on social media, etc. It’s really been disheartening, frightening, infuriating, and depressing to see this happen again and again. So much so that any potential new fans are immediately put off by these “gate keepers” and stop themselves from experiencing any further into the stories because of fear of attack. As a fan, and as a human, I will not take part in anything like the above. I believe this fandom, and most TBH, are large enough that people with differing opinions can still be considered as fans. I hope that we see a paradigm shift coming soon because the toxic culture that seems to grow right now is seriously dampening the enjoyment of this expansive universe. All this to say that if you have a negative statement about this topic, consider talking it out with someone before spewing. You might find there is a better audience to your opinion. But, and this is important, if you feel you must jump to social media to lambast me, this site, this author, this narrator, etc simply because you don’t like Star Wars and want everyone to know, you will be blocked and reported.

Now, on to the review!

Thrawn: Alliances is the second in the Thrawn series by Timothy Zahn, with the third, Thrawn: Treason having just released this summer. This second installment follows the enigmatic main character, now a Grand Admiral, as he and Darth Vader investigate a disturbance the Emperor has felt at the far-reaches of space. The two are at odds with each other, both exceedingly capable in their own rights and not compatible in all others. While Vader is ruthless, direct, and without remorse for his actions, Thrawn exhibits cunning, strategy, and hyper-observance. This typically means that this Chiss is two-steps ahead of the Sith Lord at most of the time.

Heading out to Batuu, the two discover there might be something to what the Emperor felt and discover a larger conspiracy at work. Interspersed with this story, we are taken many years into the past, before Order 66, when a young Jedi named Anakin follows Padme out to the same system and meets Commander Mitth’raw’nuruodo of the Chiss Ascendency, who will later become the Thrawn we know and love. Jumping back and forth between two distinct stories, we follow along with our favorite blue-skinned, red-eyed anti-hero as the common thread where we see that his tendency to be two-steps ahead is indeed an innate trait. From Clone Wars era fights against the Separatists to Death Star construction Empire dominance, Thrawn remains the same inflappable character. The stories also reveal that the Grand Admiral may have more than the Empire in mind as he completes his duties, a doubt that Vader is all too keen to investigate.

In this second installment Zahn proves yet again that he knows this character better than anyone possibly could. For those that only know of Thrawn from the SW: Rebels animated show, you owe it to yourself to give these books a read. When you find out the origin of Thrawn in the Empire, his actions in Rebels makes so much more sense. Now with Alliances and Treason we are getting an even bigger picture. And, I, for one, am better for experiencing it.

Marc Thompson lends his considerable narration talents to this installment in his continuing role as the voice of Thrawn, and as a larger extent, the voice of Star Wars books. His resume of narrations spans both old canon and new canon. It’s safe to say that the likelihood you’ve heard his voice before is high if you’ve listened to a single Star Wars book in the past ten years. His work in Thrawn is accentuated with subtle sound effects that lend a depth to the story that a single narration alone may not convey.

Thrawn: Treason is coming up in my library and you’ll know when it starts playing by the huge smile on my face.

Grand Admiral Thrawn and Darth Vader team up against a threat to the Empire in this thrilling audiobook from best-selling author Timothy Zahn.

“I have sensed a disturbance in the Force.” Ominous words under any circumstances, but all the more so when uttered by Emperor Palpatine.

On Batuu, at the edges of the Unknown Regions, a threat to the Empire is taking root – its existence little more than a glimmer, its consequences as yet unknowable. But it is troubling enough to the Imperial leader to warrant investigation by his most powerful agents: ruthless enforcer Lord Darth Vader and brilliant strategist Grand Admiral Thrawn. Fierce rivals for the emperor’s favor, and outspoken adversaries on Imperial affairs – including the Death Star project – the formidable pair seem unlikely partners for such a crucial mission. But the Emperor knows it’s not the first time Vader and Thrawn have joined forces. And there’s more behind his royal command than either man suspects.

In what seems like a lifetime ago, General Anakin Skywalker of the Galactic Republic, and Commander Mitth’raw’nuruodo, officer of the Chiss Ascendancy, crossed paths for the first time. One on a desperate personal quest, the other with motives unknown…and undisclosed. But facing a gauntlet of dangers on a far-flung world, they forged an uneasy alliance – neither remotely aware of what their futures held in store.

Now, thrust together once more, they find themselves bound again for the planet where they once fought side by side. There they will be doubly challenged – by a test of their allegiance to the Empire…and an enemy that threatens even their combined might.